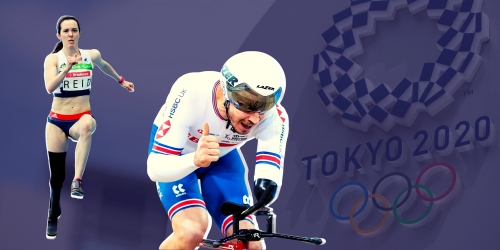 WHY ATHLETES & SPONSORS SHOULD TAKE CONTENT CAUTION DURING PARALYMPIC GAMES.

Last year Brandsmiths represented a number of athletes in a now settled class action against the British Olympic Association (BOA) which challenged the BOA’s interpretation of the International Olympic Committee’s (IOC) Rule 40.

The BOA is a not-for profit organisation that requires funding. In a statement released in relation to the class action, the BOA said “Rule 40 is an IOC rule designed to support and protect the IOC’s ability to host the Olympic Games and support solidarity funding of athletes across the globe. The IOC distributes 90% of its revenues to Organising Committees, International Federations, National Olympic Committees, athletes and athlete programmes”.

The Olympics’ strong brand identity means that sponsors pay huge sums to be an official Olympic partner. In August 2019, the Financial Times reported that the Tokyo Games would be “the most heavily sponsored event in sports history” with “$3.1bn raised just from Japanese companies”. In order to protect the Games’ brand so that commercial entities are willing to pay such amounts, and to avoid not official Olympic partners from making unauthorised associations with the Olympics, IOC Rule 40 governs the way in which competing athletes and their sponsors (who are not official Olympic partners) post content and share marketing materials during a period known as the ‘Games Period’. For the Tokyo Olympics that period ran from 13 July 2021 - 10 August 2021. The equivalent rules surrounding sharing content during the Paralympics are published by the International Paralympic Committee. The Games Period for the Paralympics runs between 17 August 2021 – 8 September 2021.

​Prior to the class action, the BOA guidelines on Rule 40 stated that Team GB athletes shall not allow any sponsor (save for official Team GB or Tokyo 2020 partners) to use their image rights during the Tokyo Games and a so-called “frozen period” starting nine days before the opening of the Tokyo Games and continuing until three days after the closing ceremony. The athlete group asked the BOA to relax Rule 40 in order to provide them with greater level of commercial opportunity during one of the most important events in their sporting careers.

The Athletes and the BOA reached an agreement in relation to Rule 40. The updated BOA guidelines on Rule 40 have given athletes and non-official Team GB/Olympic athlete sponsors greater scope and opportunity when publishing content during the ‘Games Period’.
Notable Points for Athletes


The key points for athletes relate to thank you messages:

• Thank you messages - Athletes are allowed to post one thank you message for each personal sponsor per event (N.B. qualification rounds and the final are classed as the same event). The same post published at the same time across multiple platforms is classed as one post.

• Content of the message - The thank you message cannot contain any Olympic branding or references e.g. the athlete should not be wearing their Team GB Kit/medals. In effect, the thank you post should be generic and can contain references to e.g. “gold”, “silver, or “medal” etc, provided there is no Olympic association.

Sponsors should ensure that any posts published in relation to Team GB athletes do not appear to make use of the intellectual property rights of the Olympics or make any association to the Olympics. A key date for personal sponsors to take note of is the ‘Games Period’ this is the most heavily regulated period for what sponsors and athletes can and can’t post. A summary of the key points for sponsors:

The Future of BOA’s Interpretation of Rule 40

Now that the Olympics are over, athletes may choose to challenge the BOA’s interpretation of Rule 40 again, seeking an further leeway which will allow them to maximise their commercial opportunities at the Paris Olympic Games in 2024.