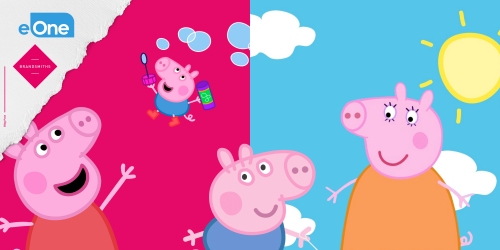 SUCCESS FOR ENTERTAINMENT ONE AND PEPPA PIG

Entertainment One is the owner of the Peppa Pig trade mark (in this case, of the Chinese Peppa Pig mark). The Peppa Pig brand is world famous, with its children’s cartoon show that is broadcast globally.

The Chinese Peppa Pig mark became valid in September 2014. Since then, Entertainment One has sought to expand the Peppa Pig brand in China, through authorising production rights for derivative products as well as entering into agreements with TV channels to broadcast the Peppa Pig show and entertainment media companies to authorise use of the Peppa Pig characters on media platforms (video games, for example).

The question before the court was whether the Peppa Pig trade mark had gained sufficient reputation among Chinese consumers to meet the requirements for the recognition of well-known trademarks, and that the lamps being sold would cause substantial confusion and misunderstanding among consumers, and therefore infringe the well-known trade mark rights of the Peppa Pig mark.

This judgment bears well for the future of the expansion of the Peppa Pig brand in the Chinese market because it is a clear and unequivocal judgment showing that (1) the Peppa Pig mark enjoys a substantial reputation in China and is therefore afforded a high degree of brand protection and (2) the brand is likely to be well-protected by the Chinese courts in the future as this judgment will act as a precedent should there be future infringements of any of Peppa Pig’s marks.

Niall Trainor, Senior director of Entertainment One said: “We’re obviously very pleased we obtained this major recognition on the IP front, particularly as we only launched the brand in China a few years ago. It is particularly notable given that comparatively few foreign-owned content brands manage to attain well-known recognition in China.”

China is a key market for Entertainment One due to the strong potential commercial benefits that exist there. This judgment is exciting news for the company’s continued expansion into the Chinese market.
Go Back
Site TitleSite Slogan