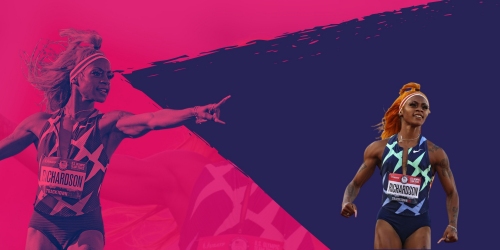 Last week it was announced that American sprinter Sha’Carri Richardson tested positive for THC, the main psychoactive constituent of cannabis, marijuana and hashish. The sample was collected at the US Olympic trials where Richardson won the 100m, running the sixth fastest time in history.

Following the announcement of Richardson’s positive sample, Richardson tweeted “I am human” and subsequently gave an interview with NBC’s US Today she discussed the reasons that led to her cannabis use which included the recent death of her biological mother. Richardson made it clear that she was not making excuses for her actions, saying “I know what I did…I know what I’m allowed to do…and I still made that decision.”
How do sanctions work for substances of abuse?

The World Anti-Doping Agency (WADA) World Anti-Doping Code 2021 (the “Code”) sets out the rules for anti-doping in sport and its signatories include the majority of leading sport organisations across the world. Article 10 of the Code covers sanctions for anti-doping rule violations.
Under the Code, substances of abuse, are treated differently to other prohibited substances. Substances of abuse are defined as, “substances frequently abused in society outside the context of sport” (people may commonly refer to these substances as recreational drugs e.g. cannabis).
Under the previous iteration of the WADA Code, the period of ineligibility for substances of abuse was two years.

Now, under the 2021 Code, which came into force in January this year, provided that an athlete can establish that any ingestion or use occurred out-of-competition and was unrelated to sports performance, the starting point is a much shorter period. An athlete will be subject to a period of 3 months ineligibility which can be reduced to 1 month where the athlete satisfactorily completes a substance of abuse rehabilitation program which has been approved by the relevant anti-doping organisation.

How do sanctions work for other prohibited substances?

What does this mean for Sha’Carri Richardson?

Richardson’s results from the date of the sample collection at the US Olympic trials have been disqualified. This means that her phenomenal win at the trials which led to her selection to represent her country over 100m at the Tokyo Olympics is no longer valid.

Richardson’s period of ineligibility is one-month, beginning 28 June 2021, this is the minimum sanction under the Code. This is because her cannabis use occurred out of competition, was not for the purpose of enhancing performance and she has completed a counselling program in relation to her cannabis use.

On that basis, Richardson will not be able to compete in the 100m in Tokyo. She was still eligible for selection in the 4x100m relay team, as US selection for the relay squad is the top four in the trials plus two discretionary places. However, Richardson missed out on selection, with other athletes being selected instead.

In the future, WADA may reconsider whether cannabis should be classed as a substance of abuse. Until cannabis is a legal substance globally, it may be difficult to argue that on the basis of the substance being legal in a few territories across the globe that it should be permitted for use by all athletes without sanctions.

It is clear that WADA treats substances of abuse differently where they are unrelated to sporting performance. It is understandable why this is the case when athletes find themselves in situations such as Richardson’s, where she was using a substance of abuse in a legal manner to deal with a difficult time in her life.