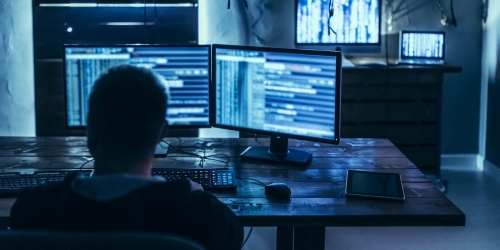 
In the first reported case of its kind, the High Court granted the first proprietary injunction over crypto assets in the UK. This precedent not only confirms that cryptocurrencies are considered property in English law, but it provides a roadmap for victims to trace, identify, freeze and then re-obtain stolen funds via the Courts.

A Canadian entity fell victim to a BitPaymer malware attack, which prevented access to its computer systems and data. The hacker then demanded a ransom of $1.2m for the decryption tool, which was negotiated down to $950,000, to be paid in Bitcoin. The ransom was then paid by the Canadian entity’s insurer in London, anonymised as AA, who in turn instructed blockchain investigations firm Chainalysis to trace that ransom to an exchange. Of the ransom, 96 Bitcoin were then located in a wallet at Bitfinex, an exchange based in the British Virgin Islands. AA then instructed Brandsmiths to apply to the High Court to freeze those Bitcoin at Bitfinex and obtain the identity of the wallet’s owner, so that the funds could be assigned back to AA later. The Canadian entity was given the decryption tool and obtained access to its systems and data.

The general rule is that hearings are conducted in public and only certain limited circumstances warrant privacy. In this case, Bryan J granted a private hearing, appreciating that without privacy there was a real risk of funds being dissipated by those who control it, revenge and copycat attacks on both AA and the Canadian entity, and the release of confidential information, including the insurance policy between AA and its customers, all of which would undermine the administration of justice. Bryan J also granted AA anonymity, in order to reduce the risk of retaliatory attacks.

WHAT IS A PROPRIETARY INJUNCTION?

A proprietary injunction is a relief granted by the Court over specific assets or their traceable proceeds. Here, AA were able to trace the 96 Bitcoin to the Bitfinex wallet, and sought to freeze and later recover those Bitcoin. In order to grant a proprietary injunction the Court had to consider whether crypto assets could be categorised as property, Bryan J noting “the first and perhaps fundamental question that arises in relation to this claim for a proprietary injunction is whether or not in fact the Bitcoins, which are being held in this account of the second defendant with the third or fourth defendants are property at all. Prima facie there is a difficulty in treating Bitcoins and other crypto currencies as a form of property”.

Common law dictates that property is either something capable of being possessed or enforced by an action. Interpreted narrowly, crypto assets are neither, given that they are virtual and intangible, and do not embody a right capable of being enforced. However, Bryan J referred to the UK Jurisdictional Task Force’s “Statement on Cryptoassets and Smart Contracts” which discussed new kinds of intangible assets.

Upon review, the Court concluded that the definition of enforcement by action should be interpreted broadly to include crypto assets like Bitcoin. Attention was also drawn to Lord Wilberforce’s definition of property in National Provincial Bank v Ainsworth [1965] 1 AC 1175 which describes property as being definable, identifiable by third parties, capable in their nature of assumption by third parties, and having some degree of permanence, all of which applied to Bitcoin. As such, crypto assets were considered property and can be subject to proprietary injunctions.

AA then sought a Bankers Trust/ Norwich Pharmacal Order, which compels entities not mixed up in the wrongdoing to provide information they hold about a person who holds assets. Given that Bitfinex had that information, the Court ordered that the wallet holder’s details be provided to AA, allowing AA to pursue that person through the Courts or otherwise.

Given the relative ease for investigatory firms to view the blockchain’s transactional history, most ransoms paid in, or thefts of, cryptocurrencies or their traceable proceeds, will be observable when they reach exchanges. In order for victims to re-obtain their funds, the English Courts needed to both understand the nature of cryptocurrencies and the value they hold as a new asset class. This decision shows that the Courts have sided with victims and that they are prepared to assist in asset recovery even where the asset in question is novel. The decision also aids in breaking the perpetual cycle of insurers paying out ransoms in cryptocurrencies for their clients- the hackers reaping their rewards whilst the insurers footing the cost. Now insurers can meet their contractual obligations to their clients by paying out the ransoms, and recover those funds via the Courts, leaving the hackers without recourse.

Our cryptoasset recovery lawyers are uniquely positioned to trace and recover cryptoassets and NFTs which have been stolen or paid as a ransom. Brandsmiths have partnered with Chainanalysis, the leading blockchain tracing solution, and Asset Reality, our investigations advisory specialist and custodial service provider. Our specialist crypto asset lawyers in London and Manchester have the knowledge and expertise in digital currencies and digital asset recovery, to help clients track the movement of cryptoassets, deal with exchanges across the globe, freeze and then recover funds.