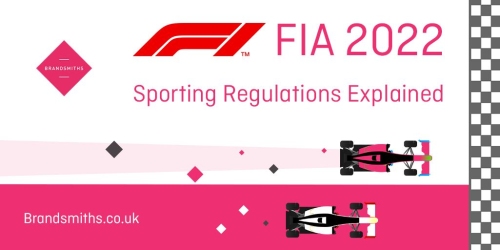 This week, the FIA has announced that it had updated its Sporting Regulations to avoid a repeat of the controversial scenes that unfolded at last year’s Abu Dhabi Grand Prix.

The update to the safety car rules is not the only change in F1 this season! The 2022 season sees the implementation of the new FIA 2022 Technical Regulations which aims to revolutionise F1 and promote closer racing.

Ahead of the first race of the season kicking off in Bahrain on Sunday we take a look at some of the key changes under the 2022 Technical Regulations:

This season we see the switch from 13-inch to 18-inch tyres. The idea is that the larger tyres will overheat less than 2021’s smaller predecessors allowing drivers to focus less on tyre management and more on competitive racing.

The 2022 season sees a number of key car changes, however, the power unit is surprisingly not one of them. The cars will continue with the current 1.6 litre turbo hybrids until at least the end of 2025.

The new 2022 cars feature new rounded rear wings and a much simpler front wing with higher end plates to decrease airflow sensitivity. With less airflow disruption to the car behind hopefully we will see a vast increase on track battles in 2022!

We also see the introduction of underfloor tunnels which increase downforce, giving the car more grip on the tarmac. This is exactly what a driver in a prime overtaking position needs.

A $140m budget cap has been introduced for the 2022 season to create a more competitive championship. The aim of the cap is to start to level the playing field by limiting the spending of the wealthier teams.

Each season the budget cap will be reduced by $5m meaning next year’s cap will stand at $135m. The budget cap can be increased but only if there are more than 21 races in a season. Each additional race will increase the budget cap by $1m.

Teams are required to use rookie drivers i.e., a driver that has not started more than 2 Grand Prix on an outing in FP1 on at least two occasions providing young talent with more F1 opportunities and track time.