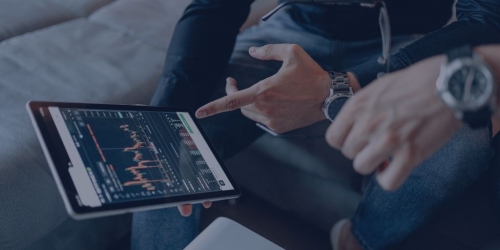 The Commercial Courts have again shown their willingness to assist the victims of cryptocurrency fraud in the case of Ion Science Ltd v Persons Unknown and others (unreported), 21 December 2020 (Commercial Court). Here the Applicants, (i) Ion Science Limited a designer and manufacturer of gas detectors, and (ii) Duncan Johns, the first Claimant’s parent company’s sole director and shareholder, pursued three Respondents, (i) Persons Unknown, being individuals or companies describing themselves as being connected to Neo Capital, (ii) Binance Holdings Limited, of the Cayman Islands, and (iii) Payment Ventures Inc. the parent of a group of entities which runs Kraken. The second and third Respondents operate cryptocurrency exchanges which assist in the storing and trading of cryptocurrencies, including the transfer of cryptofunds into fiat currency.

The Applicants alleged that they had fallen victim to a cryptocurrency scam whereby £577,002, as 64.35 Bitcoin, were provided to the first Respondent in connection with high return investments in initial coin offerings. The Applicants sought, amongst other things (i) a proprietary injunction, (ii) a worldwide freezing order, (iii) an ancillary disclosure order against the first Respondent, (iv) a Bankers Trust disclosure order against the second and third Respondents. Like many applications seeking to address fraud involving cryptocurrencies, the hearing was made ex parte, and in private, as to not tip off any wrongdoers. The Applicants sought to safeguard the 64.35 Bitcoin, or their traceable proceeds, freeze the assets of the first Respondent, and uncover the true identities of the individuals classed as the first Respondent in order to recover their lost assets.

In early 2020 Mr Johns had received a call from an individual purporting to be from Neo Capital who offered an investment opportunity into cryptocurrencies. He was introduced to a Ms Black who claimed to be from Neo Capital in Zurich, and in March 2020 Mr Johns allowed Ms Black to make a personal donation by remote access on his computer into two legitimate cryptocurrencies, Ethereum and Dimecoin via Neo Capital, which yielded a return of £15,000.

Mr Johns allowed Neo Capital to make two further investments via remote access to his computer. The first was into an alleged new cryptocurrency called Uvexo following its initial coin offering. Mr Johns initially sought to make payment via the first Applicant, but funds were transferred from the company account to his personal account, and a total of £45,002 was assigned to his Coinbase account, converted into Bitcoin by Ms Black and the resulting 5.244 Bitcoin were moved to Uvexo’s wallet.

The second was following the alleged initial coin offering of Oileum, purportedly linked to the reclamation of mud waste from drilling processes. Ms Black was again given remote access and transferred £218,000 worth of Bitcoin to purchase Oileum. Ms Black told Mr Johns he was due $15 million in profits and that Neo Capital was owed £250,000 in commission, which was then paid as 29.083 Bitcoin. As a result of these interactions and following Coinbase’s fees, a total of £577,002 was converted into 64.35 Bitcoin and lost. The Applicants have neither received the capital investment amounts nor any profits allegedly made in the above investments.

Butcher J dealt with preliminary points relating to cryptoassets as property, recognising the precedents UK Jurisdiction Task Force statement on Cryptoassets and Smart Contracts, and the New Zealand case of Ruscoe v Cryptopia Ltd which confirm that cryptocurrencies were capable of being subject to interim injunctions.

As to jurisdiction, the judge recognised that England was the place where damage occurred, on the basis that the Applicants’ accounts were based in England, or at least the funds were “taken from the claimants’ control” [13] in England, given that the computer to which Ms Black was given remote access to was in England, or because the Bitcoin themselves were located in England prior to their transfer. Similarly the doctrine of lex situs indicates that the domiciled location of the asset’s owner is the suitable jurisdiction for determining where the loss occurred.

The proprietary injunction and worldwide freezing orders were granted given, the “real risk of dissipation” [18], alleged document falsification, that Neo Capital is not registered as required and that it has been flagged by regulators. Lastly, it was just and convenient for the injunction to be granted “given the significant and prolonged cyber fraud” [18].

Following examination of the application for Bankers Trust disclosure, Butcher J concluded that the Bitcoin were the Applicants’ property, and that “there is a real prospect that the information sought from Binance Holdings and Payment Ventures will lead to the location and preservation of the applicants’ property” [22], and he subsequently granted the disclosure order.

This decision helps solidify the currently uncertain approach to jurisdictional issues and the tests in determining location of cryptoassets, as Butcher J notes “[t]here is apparently no decided case in relation to lex situs for a crypto asset”. The application also assists in identifying and subjecting cryptocurrency exchanges to interim injunctions. For example, the second Respondent, with registered headquarters in Malta, and whose terms on its website define Binance as “an ecosystem comprising Binance websites (whose domain names include but are not limited to https:// www.binance.com), mobile applications, clients, applets and other applications that are developed to offer Binance Services, and includes independently-operated platforms, websites and clients within the ecosystem”, is challenging to identify, and this decision assists in locating the relevant corporate entity to pursue.

Finally, the decision assists in reinforcing the Court’s determination to assist victims of cryptocurrency fraud, in both freezing stolen assets and identifying the wrongdoers, which can then be pursued in substantive proceedings.