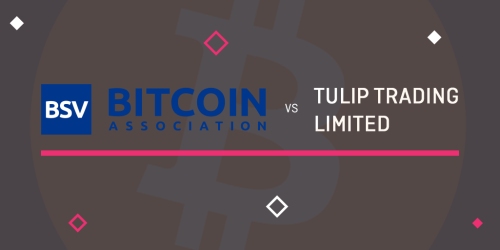 The High Court of Justice has recently heard a security for costs application made by Bitcoin Association BSV and other defendants against the alleged Bitcoin creator’s company, Tulip Trading Limited.

On 26 January 2022, the consequential judgment was handed down which dealt with the amount and manner of the security that was ordered against the Bitcoin creator at an earlier hearing on 5 January 2022.

Master Clark found that the creator’s company cannot use Bitcoin as a method to pay security. This will serve as useful guidance for future cases as use and payment by way of digital assets radically grows.

The Claimant, Tulip Trading Limited, is a company, whose owner, Dr Craig Wright, claims to have created the Bitcoin system under the pseudonym “Satoshi Nakamato”. Dr Wright claims to be the owner of $4.5 Billion worth of digital assets. However, Dr Wright requires a private key to access the digital asset which he recently discovered was deleted, suspectedly by hackers.

The Defendants in the claim are Bitcoin Association BSV (a Swiss association) and various individuals who are opensource software developers for Bitcoin Core & Bitcoin Cash on a non-commercial basis.

In the substantive claim, the Claimant claims the Defendants owe it fiduciary and tortious duties to rewrite the software code to enable it to access the Bitcoin.

First Judgment – whether security should be granted

The first judgment handed down on 5 January 2022 dealt with whether security should be ordered.

The Master ordered the Claimant provide security on the following bases:

The consequential hearing was to decide the amount and manner of costs following the order that the Claimant should pay security.

The Master ordered security of 70% of the Defendants’ incurred and estimated costs on the bases that:

The Claimant proposed to pay security in Bitcoin.

The Master rejected that on the bases that:

This judgment provides useful guidance for parties who use digital assets as their preferred payment method, that the court are cautious to permit it to be used as payment for security for costs. The decision seems sensible as the volatility of digital assets seemingly falls short of the legal test required for the manner of security as well as perhaps missing its purpose, which is to protect Defendants against the risk that they might be unable to recover the costs of the claim unwillingly brought against them. The Court have found that risk cannot be met by digital assets.