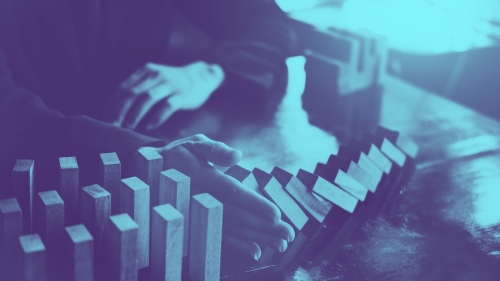 Judgment handed down in the high court

On 15 September 2020, the High Court handed down judgment in favour of the Financial Conduct Authority (“FCA“) in relation to its test case on insurance cover for business interruption losses incurred during the COVID-19 pandemic.

The decision provides clarity to policyholders whose businesses have been affected by COVID-19 and may mean they are entitled to compensation by their insurers.

Many small and medium-sized enterprise policyholders have experienced a significant level of financial loss and disruption to their businesses as a result of the COVID-19 pandemic.

Many businesses have made claims for these losses under business interruption insurance policies, but have failed to receive an appropriate response from their insurers.

Business interruption insurance is insurance coverage that will potentially cover a business’ lost income in a disaster. Typically, standard cover only extends to damage to physical property. However, many policies also include specific extensions for matters other than physical damage so may provide cover for COVID-19 related business interruption.

The proceedings were initially commenced by the FCA in June 2020, who sought clarification in respect of the wording in a number of business interruption policies.

The FCA swiftly made an application for the expedition of the trial and for the Financial Market Test Case Scheme under Practice Direction 51M to apply. The Scheme can be used for claims which raise issues of general importance that immediately require court guidance.

The High Court considered 21 lead sample wordings from eight insurers who agreed to participate in the test case. The relevant provisions of the lead policies for the Court to determine essentially fell into three categories:

Disease clauses provide cover for business interruption following the occurrence of a notifiable disease. The Court held that it was not necessary to establish that there had been an outbreak on or within a defined distance of a policyholder’s premises. Therefore the policyholder is not required to prove a specific local instance of the disease, providing there is an outbreak in the relevant policy area (eg within a 25 mile radius).


In principle, the insurer should cover losses caused by COVID-19 where there has been subsequent Government action and disease within the relevant radius.

Access clauses provide cover for business interruption where there is restricted access to the policyholder’s business premises. These clauses were generally interpreted more narrowly than disease wordings. The Court held that it depended on the particular business in question and the impact of relevant government advice and regulations upon them. In particular, if a business could carry on trading in a substantial part, they would not necessarily be ‘interrupted’. Conversely, if the business was under a mandatory order to close, the cover would apply.


In summary, the Court held that to amount to ‘business interruption’, it was sufficient for a business to experience ‘disruption’ or ‘interference’ rather than a complete end of business. However, businesses that are not prohibited from opening and can manage to continue to trade may not be entitled to the cover.

Hybrid clauses are a combination of disease and prevention of access wordings, which provide cover when restrictions existed on the premises as a result of a notifiable disease. Similar to the interpretation of access clauses, hybrid clauses should be construed in relation to the exact nature of the business and operational restrictions imposed.

Trends clauses relate to the amount the insurer will pay out under the claim. Usually, to determine the quantum of a covered claim, the actual profits are compared against the profits the business would have obtained if the damage did not occur.

The Court ruled in favour of policyholders by construing the wording of the policy broadly so that the mechanism compares profits during the pandemic against profits before or without the impact of the pandemic. This may allow greater recovery of trading losses for business owners, especially those who have continued to trade during the pandemic.

This case was the first of its kind in the UK. The judgment demonstrates that test cases can provide a quicker and cheaper route for policyholders to obtain legal guidance than if they pursued their own court actions. Although this decision does not determine how much is payable under individual business interruption policies, it paves the way for policyholders to do so in future. Indeed, the FCA has been informed of around 8,500 claims under business interruption policy wordings likely to be affected by the test case, valuing at approximately £1.2 billion.

The FCA has introduced new guidance which expects insurers to apply the judgment when assessing claims in the future. The FCA have stated this is irrespective of any appeal of the decision from the insurers, which looks to be likely. An appeal may be heard in the Supreme Court, as the FCA and insurers have agreed to explore the appropriateness of a “leapfrog” which will mean the Court of Appeal will not have to hear the appeal first.