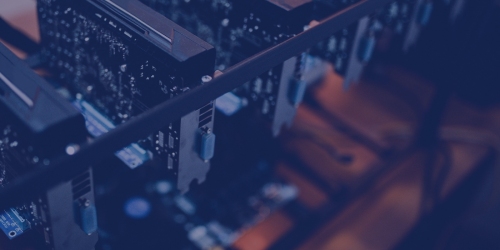 UK Courts Widen Scope of Interim Relief As (i) Crypto Funds Frozen In Private Wallets and (i) Disclosure Orders Made Against Depositing Crypto-Exchange.

Tether Holdings Limited (“THL”), minter of the USD Tether token (“USDT”) which is said to be pegged to the value of the US dollar, has in effect been ordered by the UK Courts to enforce the freezing of stolen funds in private wallets held by persons unknown. This exploits the design and protocol of certain cryptocurrencies like USDT and Coinbase’s USD Coin, where the minters retain certain rights over crypto assets.

This means that some crypto funds need not reach a crypto exchange in order to be frozen, cutting both risk of dissipation and length of time before victims can secure their assets.

In the case of (1) Lubin Betancourt Reyes (2) Custodial Management Solutions Limited v (1) Persons Unknown x 3 (2) Tether Holdings Limited (3) Binance Holdings Limited (LM-2021-000083 and H10CL251) [2021] EWHC 1938 (Comm), the Claimants also sought disclosure orders from Binance Holdings Limited (“Binance”) who were instructed to send funds to a fraudulent account accidentally by the Claimants. Typically a Claimant will trace the movement of crypto funds to an exchange and then seek a disclosure order from the entity which received the funds, given that exchange should have some customer information.

Both these approaches significantly widen the strategical scope of victims seeking to recover misappropriated crypto assets.

​The Claimants attempted to transfer over 100,000 USDT to a services company based in the Philippines. Just before the Claimants confirmed the transfer, near instantaneously, a malware in the Claimants’ computer displayed a page almost identical to Binance’s, with a different depositing address replacing the intended address. The funds were therefore wrongly sent to a fraudster’s wallet (referred to as Wallet 1), and those funds were then sent to two further wallets, Wallet 2 and Wallet 3.

The Claimants, being residents of the UK, applied to the UK Courts seeking various orders, including (i) a worldwide freezing order over the owner of Wallet 1 (“D1”) (ii) proprietary injunctions over the funds in Wallets 2 and 3 and (iii) disclosure orders against THL and Binance.

​Judge Pelling QC adopted a pragmatic approach in analysing whether to award the injunctions, indicating a general willingness mirrored by the judiciary to grant interim protections to victims of fraud concerning cryptocurrencies. Whilst the types of injunctions sought and obtained are self explanatory, there are two specific points of interest, considered below.

As to the proprietary injunction against the owners of private Wallets 2 and 3, being Defendants 2 and 3 (“D2” and “D3”), the judge considered “it is plain that there is a serious issue to be tried as to whether or not the second and third defendants hold the assets contained in wallets 2 and 3” [25], having noted “it is difficult to see on what basis the second and third defendants could have acquired these assets legitimately” [19].

Importantly, these proprietary injunctions to freeze the stolen USDT are against D2 and D3, who cannot implement the restrictions placed on those assets, given they are unknown. Instead, the obligation to enforce this proprietary injunction is on THL who is not the subject of the injunction but is nevertheless expected to enforce it, the judge noting “Tether Holdings have frozen the claimant's cryptocurrency on a temporary basis but have made it clear that, unless an order is obtained from the court, then that freezing position will be released” [28].

This concept ensures that minters of certain cryptocurrencies are now liable to enforce injunctions served upon them. In reality this may stem from THL’s own Terms which detail their rights over all USDT, “Tether reserves the right to refuse registration to, to bar transactions from or to, or to suspend or terminate the administration of Services, Digital Tokens Address, or Digital Tokens Wallet for or with, any user for any reason (or for no reason) at any time”. These rights are also referenced at page 6 of their White Paper, which notes the rights to “[g]rant (create) and revoke (destroy) digital tokens” and “[t]rack and report the circulation of tethers”.

This means legal professionals can now turn their attention to minters of certain crypto assets, as well as exchanges, in order to freeze stolen funds.

Disclosure orders were sought against THL and Binance to assist in the identification of D1 to D3, given that they are unknown.

In instances of misappropriated crypto assets, investigators typically trace the crypto assets to an exchange, as that exchange should have identification details of the individual(s) who own and/or control that wallet. Here, the funds were located and frozen in private wallets and had not yet reached an exchange, so no disclosure against the recipient exchange could be sought.

The judge recognised this issue, the trouble in identifying D1 to D3, and the need to do so, noting “[t]here can be no sensible doubt that, if and to the extent anyone knows who that is, it will be the fourth and fifth defendants who are the ones who, by definition, must have extended facilities to those controlling wallets 1, 2 and 3 to enable this fraud to take place” [41].

It was determined that the depositing exchange, Binance, and the minter, THL, would have some information on D1 to D3, and they were ordered to provide that information following the Claimants’ applications for Bankers Trust and/or Norwich Pharmacal relief.

By ordering the disclosure orders against Binance and THL, the judge has assumed that these parties who, on the face of it, would not necessarily have any information on D1 to D3, have at least some information.

Whether those parties are able to comply with these Orders is yet to be seen, however, the Court’s willingness to allow Claimants to approach third parties like this may assist in obtaining evidence where usual avenues are restricted.

This judgment ratifies two principles in assisting the freezing and potential recovery of crypto assets.

Firstly, an entity which retains certain controls over crypto assets may be required to enforce the freezing of funds prior to them reaching any crypto custodian service. Given that THL still has some control over USDT, it was expected to enforce restrictions placed on funds in a private wallet. Individuals with similar rights over their crypto assets may well be expected to enforce similar injunctions over persons unknown. This is helpful to victims and legal practitioners who can shorten the number of transactions made using those misappropriated crypto funds, minimising risk of dissipation.

Secondly, the Courts have demonstrated that they will order disclosure against third parties which are identifiable, but not obviously the holder of any information relating to the bad actors or the eventual holders of stolen crypto funds. This approach suggests the Courts are willing to do all they can in assisting victims in the identification process, widening the scope for potential recovery.