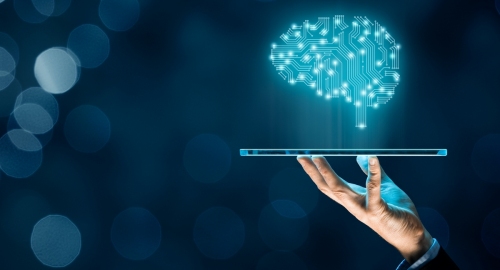 ARTIFICIAL INTELLIGENCE CANNOT BE AN INVENTOR, RULES THE US PATENT OFFICE

The US Patent and Trademark Office (USPTO) has recently ruled that AI cannot be given credit as an inventor.

An AI company applied to have two of its inventions patented, a food container and a warning light, with an AI system credited as its inventor, as opposed to the company, Imagination Engines. The decision is similar to the judgment handed down in the UK and EU Intellectual Property Office (UKIPO and EUIPO, respectively) which relates to the same case.

Lawyers for Stephen Thaler, CEO of the Imagination Engines, the company behind the AI system ‘inventor’, filed an application to have two of its inventions, (1) an interlocking food container that is easier for robots to hold and (2) a warning light that uses a unique series of flashes that mimic neural activity and which make it hard for the brain to ignore, patented.

The application credited the inventor as the AI system which created it, Dabus AI. Amazingly, Dabus AI created the two inventions without any input from Imagination Engines, and therefore without assistance from humans. The question that the USPTO needed to consider was whether it was Dabus AI or Dabus AI’s owner and creator, Stephen Thaler, who was the inventor.

As such, a company cannot be credited as the inventor but can be as the owner, if that right has been assigned to it by the inventor.

It is common practice for the employee(s) in that company to be credited with an invention whilst the company retains ownership of it. This rule is in place primarily to avoid complications that could arise out of corporate ownership of a patent. As such, the UKIPO, EUIPO and the USPTO insist on having a natural person listed as the inventor.

Dabus AI’s inventor Stephen Thaler, however, argued that he should not be credited as the inventor because he had had minimal input into the twoinventions in question.

Whilst he had created and designed the Dabus AI systems, he did not have any expertise in the design of containers or lights. In other words, he would not have been able to come up with these concepts entirely on his own.

In the end, the USPTO rejected the application on the grounds that Dabus AI would be incapable of being credited as the inventor under current patent law.

It seems very likely that this debate will rage on in the coming years, particularly as AI systems become more powerful.

The argument for an AI being recognised as an inventor is that more and more inventions will be made by AI systems in the future. Recognising them now will create fewer issues in the future.

There is also the issue that there will be situations where no one can be credited with the patent, as humans were not involved in a particular invention so cannot be credited as inventor, nor can the AI system that did invent it. There is also a potential issue of lying to the patent office about the actual inventor.

Conversely to be an inventor you need not only invent it but be capable of exploiting the invention, by entering into contracts for example.

As AI systems become more and more powerful, it is likely there will be further applications listing it as the inventor.

For now, AI will remain only a tool and not an inventor.